As our global, 24/7 media never fails to remind us - and rightly so – a day doesn’t go by without news of the devastating consequences of climate change: sea level rises, flooding, heat waves, droughts, species extinction, and more. And, more than any other individual weather phenomenon, our age of the Anthropocene is defined by global warming.

In 2015, as part of the Paris Agreement, heads of state agreed on a warming limit of 1.5 degrees Celsius - a bold plan. Yet, according to the UN, we - or our children or grandchildren – will have to deal with a global temperature increase of almost 2.7 degrees Celsius by the end of this century. The critical consequences of only a few decimal places will have dire planetary consequences: crop losses, famine, climate catastrophes, pandemics, the extinction of endangered animal species, and the collapse of ecosystems.

While we are all aware of the significant consequences of climate change, it remains difficult to introduce substantial solutions and initiate actions that would have positive effects globally. Meanwhile, what is beyond dispute is that emissions are falling nowhere near as fast as they must to keep global temperatures just 1.5 degrees Celsius above pre-industrial levels. And so, the climate crisis continues and becomes ever more challenging to address. Among the potential solutions under scrutiny by scientists and technologists is “geoengineering”, which at one time was only the purview of science fiction writers and movie makers. Given that it now merits serious consideration let’s review the topic below.

What does geoengineering mean?

A look at Wikipedia gives us a brief definition: “The collective term geoengineering or climate engineering refers to intentional and large-scale interventions with technical means in the geochemical or biogeochemical cycles of the earth.” To put this into context, geoengineering the climate to stop global warming has been debated for almost as long as the threat of warming itself. For example, in the 1960s, American researchers proposed floating billions of white objects like ping-pong balls on the oceans to mitigate the effects of sunlight.

At its core, geoengineering prevents solar radiation from reaching the lower atmosphere by spraying sulfate particle aerosols into the stratosphere, thereby “refreezing” polar regions that are warming too quickly. This could be done, for example, by using large masts that spray salt particles from the ocean into the atmosphere to convert them into polar clouds. Part of the solar radiation could then be returned into space to cool the planet. (Similarly, a supervolcano loads the stratosphere with aerosols and blocks the sun.) It is believed that such methods would positively impact the entire planet, even if deployed only in small regions. Namely, our world would cool down.

A utopian dream or practical?

According to Kate Ricke, the US climate scientist, probably the most significant risk of such technology would be its impact on sensitive ecosystems at high latitudes – i.e. polar ecosystems that are not very badly affected by urban pollution. However, precisely what negative impact this would have remains unclear: skies could stop being blue, stars could fade, and monsoon disruptions could lead to droughts in Asia and Africa.

Moreover, the technical effort required for geoengineering would be enormous. For example, to stabilise global temperatures or lower them a little, you would need a fleet of hundreds of aerosol spray-capable aircraft, which would also have to reach the stratosphere. For the sake of argument, let’s assume this would work: stratospheric winds would quickly carry the aerosols around the planet in latitudes, traveling up from equatorial regions to the poles, causing the sulfate particles near the poles to spread out. However, this would also mean that stratospheric geoengineering could not be done in only one area. And, because the substance itself is toxic, large concentrations of it in any one place would make people and plants sick.

In theory, however, the process would appear to be a way to stop global warming in the short term - especially since the costs would not be immeasurably high. But even if the technology were successfully applied, it would be unclear what would happen if engineers abruptly stopped spraying aerosols into the stratosphere. Temperatures would likely return to their original levels, which would be dangerous for plants and species. Moreover, such geoengineering is likely to be legally complicated because each country owns its airspace up to outer space, and particle distribution would be global even from a single stratospheric injection. Moreover, particles would then, on average, remain in the atmosphere for about a year and a half.

To quote again from Kate Ricke, cited earlier, “Already the effects of climate change seem to be so disruptive that I don’t think that such a cost-effective solution will not be implemented by someone. There is simply nothing else in the world that can cool the planet so quickly.”

As a technology entrepreneur, not only do I see opportunities here but also great risks we could expose ourselves to by the deployment of technologies that as yet remain unmastered and whose repercussions we still cannot fully predict. Therefore, let us focus on rolling-out other environmental protection technologies that have already been tested while also investing further in geoengineering research to ensure its efficacy if and when it’s deployed to help stop climate change.

While the technologies involved in such engineering are not mature, they also remain quite surreal for most of us. Therefore, I doubt whether geoengineering is the last word on potential climate change solutions. However, a further question is: do we understand the global impact of our actions and their associated risks? The Anthropocene has made it abundantly clear to us all that humankind’s influence on our planet and its natural habitats is often not for the better but the worse.

The essential prerequisite for new approaches is the analysis and evaluation of solid scientific results. Here, too, global exchange is decisive: to achieve a transfer of science that is accepted and embraced at an international level, much more diverse research must be carried out - and this must be done globally with common goals. While I find it difficult to imagine thinking about all of this without factoring in economic interests, positions of power and political contexts, it is obvious that - when it comes to climate protection - all of us must pull together in the same direction. Anything less would lead to inevitable failure. Collective global decision-making based on in-depth research - not driven by competition or commercial interests - is vital to achieving real, impactful long-term results to benefit the planet, our environment, and all our species. 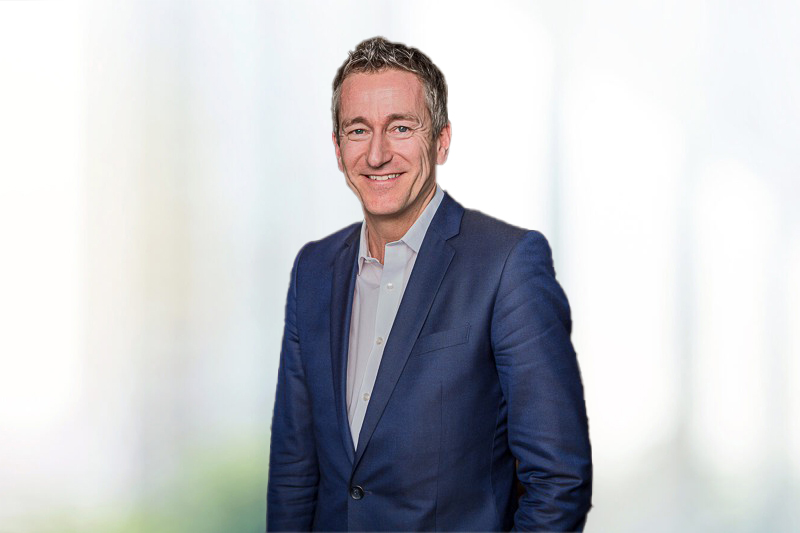 Probably the most controversial topic in connection with blockchain technologies is the high energy consumption. But is the blockchain really an energy-consuming monster or are there other concepts that are more beneficial to the climatic situation of our planet? Find out more here ...

Probably the most controversial topic in connection with blockchain technologies is the high energy consumption. But is the blockchain really an energy-consuming monster or are there other concepts that are more beneficial to the climatic situation of our planet? Find out more here ...